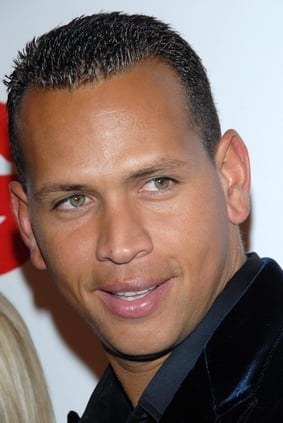 Sports stars are all over the headlines – often for all the wrong reasons. If a child’s hero demonstrates a lack of moral character, poor sportsmanship, or engages in illegal actions, you will need to step in and help the child separate the sport from the celebrity.

Whether your child is serious about sports or just wants to have fun, professional athletes are often major role models for the youth of all ages. With that in mind, what happens when a hero falls? Or, more likely, stumbles. When a child looks up to a professional athlete, that sports figure becomes more than human. He or she becomes an idol, someone to follow who should be held to the highest standards. When that perfect picture is shattered, the child may not know how to feel about the athlete, as well as the sport itself.

Pro players can have an immensely positive influence on children. From posters on a wall to cheering on a favorite athlete during a game, sports figures are stars who often hold the same celebrity-level status as movie and TV stars. That said, children often have an unrealistic picture of sports stars, seeing them as flawless examples. In reality, they are people – just like the child’s parents, teachers, and friends. Despite this fact, children may still look at pro athletes as super-human. After all, they are the cream of the crop when it comes to their sport, breaking records, and being glorified in highlight films and video games.

When a pro athlete gets caught using steroids, abusing alcohol, acting violently towards others, or engaging in some other negative act, the child may need help making sense of what happened. He may wonder if it was silly to look up to the athlete in the first place if all athletes are “bad,” or even if he should quit playing the sport that the star player. “Some children may also feel powerful emotions such as anger and betrayal,” sports psychologist Marianne Engle tells the Child Study Center of the NYU Langone Medical Center.

What can adults do to help a child who is now disillusioned over the fall of a sports star? Parents, teachers, and coaches can help children separate the differences between celebrity adoration and realistic admiration. For example, start by making the point that there are very few athletes that reach the top of their respective games. Being the best of the best takes an incredible amount of work, coupled with natural talent and the opportunity to succeed. Just because a professional athlete is number one on the field, it does not necessarily mean that he has the character to match. While it might seem like this would only further disillusion a child, it only shows him that pro athletes are human too.

Adults also need to remind children that for every bad-acting athlete, there are plenty of other athletes that are truly positive role models. If the child’s favorite football player is all over the news for a recent arrest, counteract this bad press by pointing out all of the other players that do good for their teams and communities.

Separate the player from the game. One bad seed shouldn’t ruin a child’s love of the sport. If the child suddenly resists going to practice or does not want to participate on the field, remind him that the fallen athlete doesn’t represent the sport as a whole. Ask the child why he enjoys the game. Encourage him to focus on the sport and not the sport’s star. This can help the child get past their disappointment and jump back into the game!