Future Stars Basketball Camp at Purchase College runs from June 17 through August 23rd and is for kids aged 6 to 16. Camp includes a full day of activity with breaks for lunch, swimming, and a snack.

We are delighted to introduce John McArthur, our new Basketball Camp Director at Purchase. John is a former NCAA basketball player and has worked as an athletic trainer and educator for children for more than twenty years. John founded Total Force Athletics (TFA) in 2011, a  premier athletic training program in the Westchester area for children of all skill levels in grades K-12. John has also run TFA clinics in London and Puerto Rico.

We spoke with John about his background in basketball and got a better understanding of his teaching philosophy and approach. 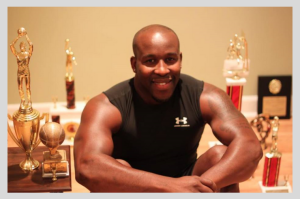 John’s love for basketball started in 5th grade. He was extremely inspired by personal mentors in his church community who guided him throughout his adolescence. Says John, “I knew that I wanted to give back by teaching, coaching and mentoring. It’s a wonderful honor to join Future Stars as Basketball Director at SUNY Purchase. As an alumnus of SUNY Purchase, I feel blessed to be a part of a summer camp at home.”

John grew up in Orlando, Florida where he didn’t have the opportunity to attend camp as a small child.

“My first basketball camp experience was amazing. I was 11 years old and had just learned how to play. At the end of the summer, I was voted ‘Most Improved Player’. Receiving that trophy motivated me to become a better player. After this ‘Aha’ moment, I pretty much played basketball every day for more than five hours and, double that on the weekend!”

John was a student at SUNY Purchase when he first heard of Future Stars Camp. After graduating from Purchase in 2008, he founded an athletics team-building organization for kids called Total Force Athletics.

Jordan Snider, the Director of Operations for Future Star, approached John about the opportunity to run the Basketball Camp out of Purchase.

Says John, “I’ve known Jordan for more than five years. I taught both his children swimming and his son Eli also attended one of my TFA basketball clinics. Both Future Stars Camps and Total Force Athletics share common values about teaching, coaching, and developing kids’ self-esteem in maintaining a healthy lifestyle through individual and team sports. I’m happy to have the opportunity to join Future Stars as I get the chance to instill the values within both our programs.”

We asked John about his goal for his basketball campers and what he hopes to ignite in them.

John’s goals for his campers are for them to “believe, dream and succeed.”

“Overall, I want every camper to have an incredible experience at camp, regardless of their skill level,” John explains. “I hope to instill the values of team leadership, strong positive character, and develop each camper into the best athletes they can be, on and off the court. My one wish for the campers is that I would love to take them to a professional basketball game!

Like all great educators, John has a favorite quote that guides his teaching philosophy.

Says John, “I still compete in Adult Pro-Am leagues today in NYC in addition to other corporate adult basketball leagues. I strongly believe in practicing what you preach and setting an example for our youth today.  Overcoming adversity, believing that you can get better with hard work, persistence and play, creates the ultimate team player and student-athlete!” 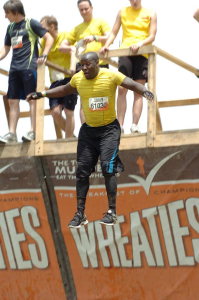