Who are the people behind Future Stars? Meet Jordan Snider: From Camper to Camp Site Director

Variety has been the rule, not the exception, throughout Jordan Snider’s Future Stars career – from camper to Site Director.  On a daily basis, Jordan manages a staff of international coaches teaching everything from the latest soccer drills from Chile to STEAM education, providing a joyous and enriching camp experience to children ranging from 6 to 16 years old.

In the Beginning, Jordan Was a Camper

Jordan started his relationship with Future Stars as a young camper and something about the experience and uniqueness of the Future Stars spirit stuck with him.  Over the years, as his role changed -- from camper to bus counselor to nurse to tennis coach to soccer coach and now Camp Site Director at SUNY, Purchase – Jordan has learned to thrive with change.

Future Stars Camps has been a part of Jordan's life since he was a child.  He has had a long standing relationship with co-founders of Future Stars Camps, Charlie VanDercook and Bill Griffin. Working together on their shared passion makes for a lot of hard but fun work.  "I have known Charlie since I was 9 years old. I have seen his children grow up and now he is watching my children grow up. I started working at Future Stars during the summers while I was in college. After I graduated, I started working year round with Future Stars and developed a new relationship with Charlie and Bill. I see them just about every day, and every day we brain storm and discuss ways to make the camp experience even better for the kids."

A Special Love for Tennis

With all the change and diversity of life experiences, tennis has been a constant part of Jordan’s life and his life at Future Stars.    "I grew up loving all sports but was especially focused on tennis. I was lucky enough to play tennis at Rollins College where our team won the NCAA National Championship in 1991. Tennis has been an important part of my life and I fully reaped all the benefits sports have to offer. For many years after college, I taught tennis during the winter months while directing the tennis camp in the summer."

Today, Future Stars offers a variety of sports camps like basketball, volleyball, swim, and other interesting camps like circus arts, magic, and S.T.E.A.M., but when Jordan was a child at Future Stars, there was only a tennis camp.  "I remember many of the coaches, the events both on the tennis courts and off the courts,” says Jordan as he fondly reminisces.  “As a kid, the camp helped me gain self-confidence and to take chances. Of course, it also helped my tennis. As a camper, it seemed that everyone that worked at the camp was loving what they were doing. They all participated in every activity and seemed to have as much fun as any of the kids. They also had a passion for tennis that was contagious." 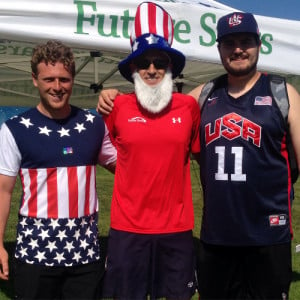 Finding and Encouraging Passion in Others

"In hiring new coaches, a critical attribute is enthusiasm. They need to love their sport or specialty and enjoy helping others. It is summer camp and has to be fun while at the same time the specific sport or specialty is the common bond at each program. For example, the baseball campers and coaches are all wearing baseball jerseys and having friendly arguments about their favorite player or Yankees vs Mets debates while the basketball campers and coaches are all about LeBron and Steph Curry or the Knicks and the Spurs."

This approach has had an impact on campers.  In our March 6th blog, Julia Duffy a former camper/counselor, says "Jordan Snider, Site Director at SUNY, Purchase, has had a lasting impression on me because of his dedication to the camp".  Julia’s respect for Jordan is crystallized as he shares what he values in his chosen profession: "Most important to me,” says Jordan, “is the opportunity to interact directly with children and to watch them grow up.”  Summer Camp is a great opportunity for children to learn who they are. They make lifelong friends and develop skills that transfer to all aspects of their lives. I consider camps to be part of the education system where children get to have more choice and independence.  I love seeing the kids grow during the summer.”

“Watching the kids on Friday afternoons and seeing them off for the weekend with smiles, energy, and even the emotions of saying goodbye is rewarding,” Jordan continues.  “There is pride in knowing that we have helped kids grow up socially, emotionally, and physically during the course of the summer, as well as over many years. When the kids return each year, although they are bigger, it is like they never left. It is now at the point where so many of our counselors used to be campers." 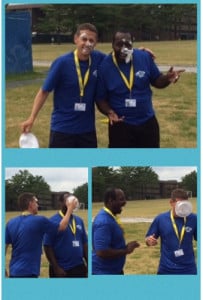 Future Stars Camps have been around for 36 years and keeping it fresh while maintaining the values that have made this summer day camp a family tradition are why parents, who attended as kids, want their children to come here.

"Early in my career, I knew this was more than a summer job for me when I realized the impact and influence that I was having on the kids as well as the effect they were having on me! It was much more than just helping them become better tennis players. Over the years, I have kept in touch with so many of the “kids” at camp that are now adults, and it is an incredibly rewarding part of the role. I have connections to many different generations of campers and seeing them each go through different stages of life. And what is remarkable to me is how many of the campers have stayed connected and are truly lifelong friends."