The U.S. Women’s Soccer Team is Inspiring a Generation 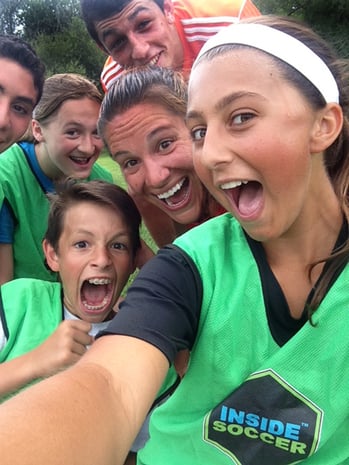 One of the biggest sporting events this year has been the Women’s World Cup. Hosted in Canada. The United States team took home the title after missing out in the last three editions of this competition. While the U.S. team looked a little bit shaky early in the tournament, they progressed nicely as the cup continued and finished the job with a dominating 5-2 win over Japan.

Women’s sports don’t take the spotlight nearly as often as men’s sports, so it is always worth noting when a large event such as the World Cup captures the attention of the country. Not only is it exciting to watch these women perform at the top of their game, but it is also inspiring to a whole new generation of aspiring soccer players. Thanks to the performance put forward by the U.S. Women’s National Team, countless young girls will now be dreaming of becoming the next Carli Lloyd and Alex Morgan.

Soccer is an incredibly popular sport among young people, and it is easy to see why. Kids love it because there are few rules – especially at the youth level. They can run around, kick the ball with their friends, and have a great time. Since soccer is a ‘hands-off’ game, kids aren’t held back by eye-hand coordination that hasn’t quite developed just yet. They can jump into playing soccer basically as soon as they are old enough to play with a ball, and it is a game that can be played with very little equipment.

As a game based on running, soccer places a high level of importance on overall physical fitness. In order to succeed in the soccer field, girls need to be physically active and overall fit. Even if they only play soccer for their early school years, the lessons they learn regarding fitness will be valuable as they move on into adult life.

Soccer is one of the most team-oriented games that kids can play. Working together is vital on the soccer field, as no one can defeat the other team all by themselves. Not only is it a great lesson for kids to have to rely on the help of their teammates in order to succeed, but working together with others is a good step toward developing social skills.

Although not all young athletes are going to grow up to play on the U.S. Women’s National Soccer Team, that doesn’t make the dream any less exciting. For young girls who fell in love with the game of soccer this summer, signing up for a team and making new friends will be a great experience. Whether they play for just a year or two, or go all the way to college and beyond, the passion that they feel for this game can be traced to the thrilling performance of their heroes wearing the Red, White, and Blue.