What Parents Can Learn From The Success Of Jordan Spieth 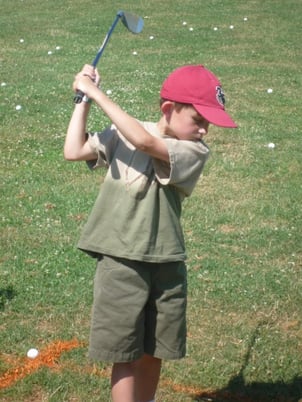 Jordan Spieth has become a Masters Champion at just 21 years old, and parents of young athletes can learn from his path to success.

At 21 years old, Jordan Spieth has already recorded a lifetime of accomplishments playing golf. He is currently ranked second-best in the world, and is the 2015 Masters Champion! By any measure, Jordan Spieth’s career is off to an incredible start. He also appears to have the ability to become one of the greatest players in golf history.

So, what can parents of young athletes learn by observing the early career of this superstar? Plenty. Not all kids have the ability that Spieth possesses, but there are still lessons to be learned if a child is interested in golf or any other sport.

Let Them Set Their Own Pace

Jordan Spieth turned professional when he was just 19 years old. To many people, this may seem like a mistake. He had not even completed his sophomore year at the University of Texas when he decided to make the jump into the world of professional golf. Of course, he had already led the golf team at Texas to an NCAA Championship and had even made the cut in a PGA Tour event as an amateur. There are no sure things in any professional sport, but Spieth was about as close as it gets.

The lesson here is simple – observe the progress of your child, and allow them to progress in sports at their own pace. For the vast majority of athletes, turning pro at 19 would be a terrible mistake. They would lose out on the opportunity to complete their college degree, and may not be physically prepared to handle the challenges of competing against full-grown adults. In this case, however, it made perfect sense for Spieth. He had done everything he needed to do at the amateur level, and stepping up to the competition was the only logical step.

Your child doesn’t need to be a standout performer to learn from this scenario. In fact, even if your child is only just a few years of age at this point, you can still take this lesson to heart. Don’t feel confined by the expectations of others when it comes to your child and sports. Everyone has a different experience in athletics. If your child is advanced for their age, don’t be afraid to let them play against older kids and better competition. If they are having trouble keeping up, find them a league where they will be comfortable and able to have fun. It’s all about creating an environment of positivity and enjoyment for them to thrive. All athletes develop at different rates. The key is to allow for the development over the need to win.

It’s Okay to Be Unique

Any golf teacher will tell you that the technique Jordan Spieth uses is not conventional. If his parents or a local golf teacher had tried to force him into a swing that was more traditional, he likely wouldn’t be the player he is today. Instead, he was allowed to do his own thing and find his own way. As a result, he has a golf swing that is unique to him, and it is one of the most effective swings in the world! There is a fine line between teaching a child the fundamentals of a sport and allowing them to use their natural ability. It is up to parents and coaches to walk that line so that they offer the kids the information they need without limiting their creativity.

Jordan Spieth is a rare talent; however, any parent with children who are involved in sports can learn from the story of his career. He has been allowed to set his own pace, and play the game his own way, and he has flourished as a result.